Superfast Broadband in Sambourne - some questions 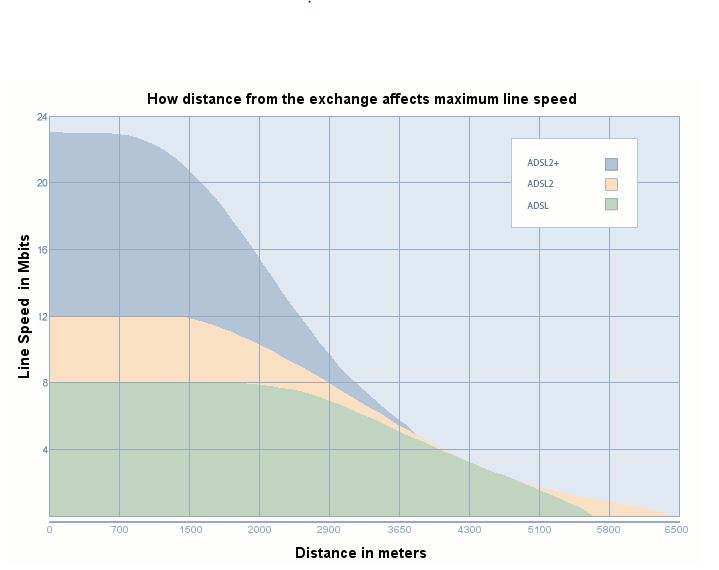 The upgrade to the broadband provision is being managed by CSW using government funding. Sambourne Broadband Action Group (SBAG) have met with them on one occasion after which the status of Sambourne moved to contract 2.1 (under investigation).

Recently, a member of SBAG called out Open Reach to investigate a broadband problem. This engineer, in the course of isolating and fixing the problem, visited the cabinet that serves the east of Sambourne (Studley Cab3 located in Watts Road near The Royal Oak on the A435). He reported that it was connected to the exchange by fibre optic cable - it was "fibred up". Despite this, the speed at the property in Middletown Lane remains at 5Mbps. Hardly "superfast". As it appears that the possible CSW upgrade to Sambourne is to fibre up the remaining two cabinets, then it seems that the improvement will be disappointing. This prompted a number of questions for CSW. The replies are quite lengthy so can be read elsewhere CSW reply The accepted figures for how line speed falls off with distance are shown in the graph - the "flavours" of ADSL are the technologies that are used to encode the data on the phone line. Currently most if not all people in Sambourne use ADSL. If we accept a wire length of 2 km then from the graph, the data rate using ADSL should be almost 8 Mbps - 50% higher that currently available.
During the door-to-door survey SBAG were fortunate to encounter a person in a unit in Jill Lane who had previously managed superfast broadband upgrade for a number of villages. He is now our adviser. His reaction to CSW answers was one of disbelief ... "Has the Watts Road cab has been fully fibred or is it on a spur from a different cab in the area - essentially, are we CERTAIN that there is 24mbps at the cabinet?" Clearly there are more questions. Incidentally, "superfast" means adopting ADSL2+ (most existing routers will be OK). Even at 2km this should enable speeds of 10-16 Mbps.

More data are needed. It would help SBAG if everyone visited the site Thinkbroadband
This site actually logs the measured data rate against the postcode. You can see the results for those in Sambourne who have used the speed test by clicking on the Broadband Map link - top LHS 7th entry.
Enter your postcode and then click on enable against the Speed Tests Results option.
This information is invaluable when presenting the situation to CSW - namely that there is a great variation in speed across the village.

If we don't pressurise CSW to address the problem of line length then the final outcome will be at best disappointing. Once Sambourne has been signed off their list we are on our own.

Sambourne is included in Contract 2, Part 1. Unfortunately, however, we don't have the phasing for that as yet. We hope to get the details on the first phases later this year and, as with Contract 1, we'll be marking things up in colours on the map and giving details of actual structures as each phase starts its build-out. The areas to be covered under Contract 2, Part 1 were determined by what is known as the BT Chief Engineers Model - in other words a computer algorithm.

However, we have had considerable success in bringing cabinets forward in Contract 1 because we have a very good local BT team and the actual programming of the project is done by real people who know the area and how to make best use of the resources that they have available. In order to get it right, however, does take a lot of work up-front, hence the lead time.

Contract 2, Part 1 is not due to start its rollout until next summer, but we are optimistic that this will be brought forward. As soon as we get anything more we'll be letting everyone know, as its frustrating for us so we do empathise with how it must be for you and your residents. 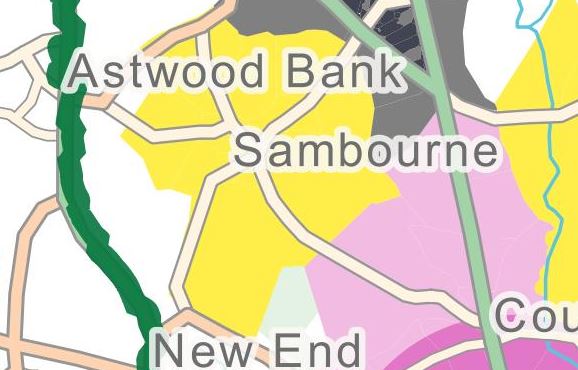 It has been officially confirmed that Sambourne is no longer in the white zone (awaiting funding). We are yellow ( covered under Contract 2, Part 1). This means we are in those areas being considered for improvements within the latest contract and funding - from December 2014.

If you have not completed the online survey, please do so now. Details are given below.


In the meantime if you visit Thinkbroadband you can measure and log your speeds.
They will be entered on the map which as more people take part will show the variation in broadband performance across the village. To see the map, select Broadband Map from the top box on the left side of the Thinkbroadband page.
Next select the "enable" option alongside the Speed Test Results section.


WE HAVE TO SHOW THAT THERE ARE MANY PEOPLE IN THE VILLAGE WHO NEED FASTER BROADBAND.

There are wide variations is broadband speeds throughout Sambourne.
This is caused in part by the exchange to which the service is connected - either Studley or Astwood Bank.
Residents have also experienced low speeds caused by the quality of the telephone wires connecting them to the BT equipment.

Low speeds mean that pages load slowly and some services are unusable.

It is easy to determine your speed - simply go to speedtest.net .

Avoid the offers to speed up your computer. Wait till you see "START TEST" in a blue box then click it.
This tool is recognised and the results are representative.


Initiatives are in place to determine and, where practical upgrade, broadband performance throughout the region.
The local organisation CSW (Coventry, Solihull and Warwickshire) aim to ensure that all properties achieve speeds of at least 2Mbps and 90% of properties achieve at least 24Mbps by the end of 2015.

Faster broadband will facilitate a step-change in all our lives, including working from home; the provision of health and care facilities
to help people stay in their own homes for longer; business benefits such as less travelling and cloud computing; and many, many more technologies which just a few years ago were unthinkable but which are available now – providing you have a fast enough connection.

In order to encourage the private sector to invest we need to show that they will get a return on their money and that people will actually use the service, and to do that we have set up two questionnaires, one for businesses and one for residential.

The survey can be found at www.cswbroadband.org.uk.

If you work from home please complete both – just because a building doesn’t have a sign over the door doesn’t mean that there is no
business activity inside!

Progress to Superfast Broadband in Sambourne

Details of the progress achieved by Sambourne Broadband Action Group can be seen following the "Organisations" tab at the head of this page.

A red letter event!
Middletown Lane and Middletown - from The White House to Five Trees are connected to Superfast Broadband.
You can check to see if it's available on your phone number using the link to the dsl checker .
Alternatively, your ISP can tell you and what packages they have.

From Middletown to The Bromsgrove Road can now be connected to Superfast Broadband. The service is called Fibre To The Premises (FTTP) which means no copper wire in the route - fibre the whole way.

CSW have provided a couple of links which may help residents.
The CSW website .
There is also the diary entry by someone who had FTTP installed .
This is very detailed and describes the installation, mentions possible issues and gives advice about shopping around for a service provider deal.

A resident in Sambourne has recently had FTTP broadband installed with no problems.

What speed is the service providing? A breathtaking 100+ Mbps!